Cash In: Modernizations Effect on Value

admin May 30, 2014 Comments Off on Cash In: Modernizations Effect on Value

A neighbor taught me a lesson about business modernization’s effect on value when their house went up for sale. They had to put in granite counter tops to make it more saleable. “Heck,” the wife said, “If we would have known we needed to install granite counter tops, we could have done it years ago and enjoyed them.”  That’s how it works with business improvements before you sell. 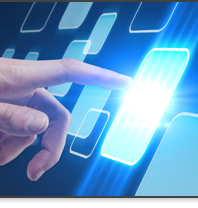 Michael wrote about his transition, “I feel like I am the only print shop in the world doing over $1.2 million a year and still writing job tickets and bids by hand. But it works for us – so I believe a new owner/manager could take this place and move it into the 21 century. “

Michael’s shop is not the only one with a manual “information system.”  But whether it’s computerized information or lack of other competitive equipment, the lack of modernization has an adverse impact on the business price.

Businesses are first valued based on earnings and usually fall into a range of 2.5 to 3.5 yearly income. We’ve discussed this before. There are reasons it would sell for more (growing market) as well as less (distress sale because of divorce). Absent those, the range is supported by market data.

In my view, Michael just dropped himself down to $600k or less therefore his lack of computerized information could cost him $240k.

What would be the cost of upgrading? It would probably cost $10-$30k as well as the set up time to input some, but not all, history, prices, inventory, training and such. And, I’d I argue it would cost him nothing over a 2-3 year range because it would improve earnings and increase the business value.

We most often refer to these computerized systems as “estimating systems.” While that is the first function, it is not where value is created. The value really is in the “downstream functions.”  Besides, I know many who can pencil whip an estimate faster than some can input into estimating software.

What we can’t do faster by hand is to enter a repeating job faster than we can on an automated system. And considering that in many shops, repeating jobs amount to as much as 80% of sales, the automated system saves time and means you need fewer workers to enter the same amount of jobs which saves on payroll costs.

Another big time issue is converting the final job into an account receivable. Usually one button converts the final invoice into a “charge” sale (frequently 75-90% of jobs are sold “on account”). Not only payroll savings are to be had in this bookkeeping function but few, if any, invoices are lost in the paperwork shuffle.

It also helps in sales for those who track customer purchases and anticipate when customers should be ordering again. I also add that it helps with managing our historic “job files” and makes the pulling of old job jackets faster because they should be organized better.

So, running a manual system may “work for you,” and it won’t prevent the business from being sold. Michael will just get less for it even though the buyer could bring the business into the 21st Century.

They’re just not going to pay you for it if they have to do so. 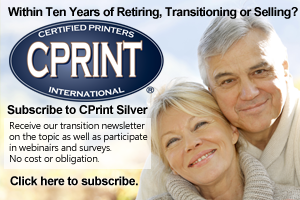